We love to play with animation! Fully specialized in transforming your visualization into animation. Animation is need of the hour and we make sure to make your character sing, laugh and dacne.

The Visual effects which will make you hook to the shot, is our speciality. Our rotoscoping artist are well trained and understand their job better. They make a average video great.

VFX services at our rotoscoping studio are above the industry standards. Our VFX artists make their shots amazing and breathtaking. We deliver the best vfx services.

Go to 2d to 3d Conversion

We are specialized in converting 2D flat film to 3D form. Normally known as 2D to 3D stereoscopin conversion, our artist are trained to perform the task with perfection.

We are Leaders in Rotoscopy and VFX Services.

Rotoscoping studion is one of the leaders in rotoscopy n vfx services, not only in india but througn out the world. Our team of artist are achievers by nature and performer by heart. They take each and every project individually and give their best. We always priorities the customer expectations and fulfill their needs. Come and join hands with us to experience the wonderful journey of your Project Cycle.

It will be a start to long lasting relationship. Working will all the enthusiams we will deinately exceed your expecations and win your heart. 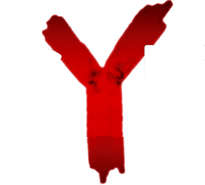 Rotoscoping Studio exactly delivered what we needed. Artist at this studio is professional and know their work well. Thanks to the team for timely delivery, which helped me to schedule my work on time. It’s all their hard work which is making my shots wonderful.
Maria Mac

To tell you the truth, i was little sceptical before to handover the work to rotoscoping studio. But it was referred by my frined so i believed him and thusted the studio artists. And to my wonder, they have done a fabulous job with roto and vfx. All thanks to my friend and studio. cheers
Harris Paul

I have given work to many roto companies in India but was never fully satisfied. But when i got the output from rotoscoping studio, it was the best of all. And now my favourite company in india for roto work in rotoscoping studio. They listen to you and exactly deliver what you need.
Pamela Shaw

Get to Know what Rotoscoping is all about!

When we talk about sequence map or rotoscoping texture, it means incorporation of animation and video. In simple words we can say that we can realistically implement another video in background with match to the foreground. We can say the above process is rotoscoping in which a matte is created over a live action plate which can be incorporated/composited over another background .

In action movies and movies with special effects rotoscoping services are used for special effects creation. We are a expert rotoscoping studio and have provided best services to our clients regarding rotoscoping and VFX works. By use of tracing method our animators creates a matte / silhouette and in this way we extract that object to be composited with another background. Usually green screen technique is used to make layering things easier and in some cases blue screen also works. Rotoscoping services are always used to provide a special visual effects in any movie.

When a element is extracted from one place to another background through rotoscoping, animators have to trace that element within the compositing software and create a new alpha channel for that specific part of the video or images. As video generated from camera has no alpha data so the animators have to create alpha data manually through tracing the element within the video. Accordingly different objects/shapes are created around the element and animated to match each frame movement. Rotoscoping services/process is not a one day game, it all depends on the complexity of the shot and frame and accordingly it can take time to get completed, sometimes in hour or sometimes in several days.

In today television and movie industry Rotoscoping studio are playing a major part. Each movie or serials are now a day using special effects for showing some great things to the viewers. And in this scenario role of rotoscoping an VFX services increases. And to cater the industry with Best Rotoscoping services and artist , we have expertise in all your VFX and Rotoscoping Needs. Our Roto Artists are best in the industry and they are not only capable of composting elements from blue or green screen but also the backgrounds which don't have blue or green screens. We make rotoscoping process and services simple and affordable for you.

When we need to quickly add new elements into the scene then effects painting is used. Paintbrush or airbrush are used to create special effects faster by many skilled artists. Many scenes uses these paint effects over the frames to give various visual effects. Some of the auto paint software's are also used to provide the great visual effects.

For touching up the film or video footage, Paint work is done in rotoscoping. This includes removing scratch, dust busting, logos, wires and rigs etc. To perform all these task and paint work the roto tool should be able to provide temporal and spatial cloning. To take pixel from one position of the frame and paint the source to other position of the frame, spatial cloning is used. The rubber stamp tool is a example. When you need to paint pixel from one frame to another in sequence , temporal cloning is used.

The major part of compositing process consists of creating hold-out mattes or said as alpha channels/Masks. Matter can be termed as grayscale clip which is basically used to stencil portions of background footage. The black area portion is obscured and the portion in white area is shown through. If the matte have grey area then it will be semi transparent. Roto is a art of cutting the precise matte with consistent edges. If matte are sloppy or poor then the finished work will not come good and it will be unacceptable.

With the advancement in technology , roto has also seen vast growth. Stereo roto is basically of 2 types, Stereo workflow and stereo conversion. Stereo workflow refer to shooting the material with two camera and matching closely as possible roto in right eye with roto in left eye. If not matched it can lead to bad user experience.